This is the first chance I’ve had to see how bad the fire damage is in Oak Creek Canyon near Sedona. The Slide Fire swept through some of the most beautiful scenery on the planet. It’s one of those oddities of nature that when an event such as a fire or a tornado sweeps through a place, it will destroy one tree or one house, and leave its next door neighbor untouched, and such was the case here. Though there are large patches of destruction, there are other areas where one tree went up in flames, sparing the surrounding forest. Many thanks go out to the firefighters who worked so hard to contain the fire and protect the buildings in the area. 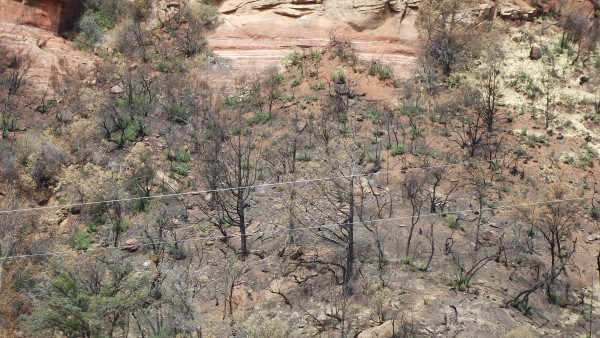 The fire traveled for more than a mile along the west wall of the canyon. All the state parks and campsites in Oak Creek are closed and will remain so until they’ve had enough rain to tell if there will be mudslides. They put mulch down where they could to lessen the effect of that. The drive along 89a is still pleasant, but there are a few places where I wanted to shut my eyes. I’m sure that nature will restore much of the green in the next year or so, though with fewer ponderosa pines. The West Fork Trail, my favorite fall hike, looks badly damaged, though I was told that they managed to save the trees along the trail. The canyon walls look like they were burned in an oven. I don’t know how the wildlife fared, but I did hear some ravens cawing in the trees. I’ll take that as a good sign for the future. –R 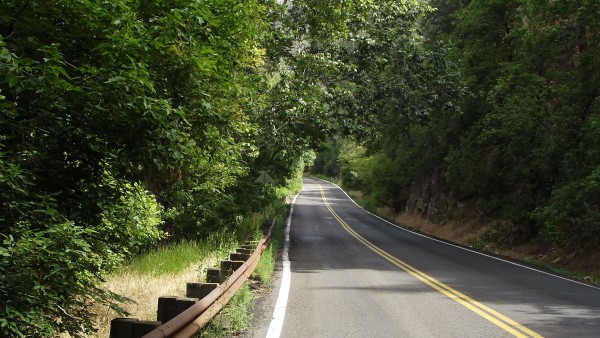 The founding member of Terra Cotta Music, Scott is a guitarist, composer, educator, writer, and avid hiker. His love for the outdoors, especially the beautiful trails of Sedona, Arizona has been a great source of creative inspiration. He believes that a close connection to nature brings comfort to our souls and spirits, and tries to capture and reflect that in his music and in this blog. You can email him at scott@terracottamusic.com.
View all posts by Scott →
This entry was posted in Uncategorized. Bookmark the permalink.